We all know kids who seem to understand social skills naturally; they’re the ones with lots of friends and natural social banter – often the most popular kids in class. While your child doesn’t have to be a social butterfly, knowing how to make friends and share feelings with others just makes life better!
The following social skills checklist details “red flags” which may indicate that social skills don’t come easily to your child. Remember that “red flags” don’t mean your child has a definite problem.

However, if you find yourself rereading some of the red flags below, you may want to seek additional help.
Pre-School - Social Skills Checklist of “Red Flags”
Interaction and Play

Score ____ out of 3
Relationship to Others

Parenting “Red Flags” – Do You…
Total Score ____ out of 8
if you answered yes (A score of 1 or higher) to any of the above questions in the Parenting “Red Flags” please contact us for a consultation so we can help you determine if your child may have a social communication disorder.
If this Social Skills Checklist helped you identify some challenges your child may have, consider getting help. Many children can learn these skills, if taught in ways they can understand. 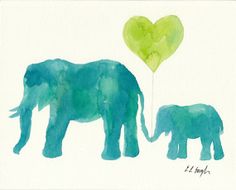 "It is a lonely existence to be a child with a disability which no-one can see or understand, you exasperate your teachers, you disappoint your parents, and worst of all you know that you are not just stupid." - Susan Hampshire